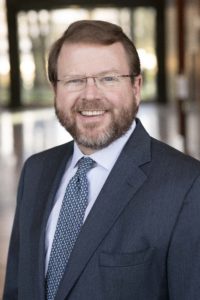 As a Financial Advisor, Kevin seeks to help his clients and their families navigate the complexities of wealth while understanding their unique goals and challenges. Serving as the founding member of the firm, Kevin draws upon his extensive knowledge and more than 22 years of experience in the financial industry to design and implement customized wealth planning strategies and investment portfolios for his clients. He is often recognized for his superior service, and for seven consecutive years was named a Five Star Wealth Manager by Memphis magazine. Additionally, he holds honors from The American Registry, Wealth & Finance International, and Barron’s.

Prior to joining Morgan Stanley in 2005, Kevin spent seven years in the Private Client Group of Goldman Sachs and three years at Merrill Lynch. He also served as president of Accuship, an information management company.

Kevin received his B.A. in business administration from the University of Memphis and an M.B.A. with a concentration in finance from Vanderbilt University. He remains active with Vanderbilt’s Alumni Board and the University of Memphis business school. In addition, Kevin is a former board member of the Memphis Botanic Garden, the Vanderbilt Graduate School of Business, the Exceptional Foundation of West Tennessee, and the Memphis Zoo, as well as a former president of Hope House. Kevin’s current community involvement includes the New Memphis Institute, Carnival Memphis Board, and The University of Memphis Fogelman College of Business’s Executive Board. He lives in Memphis with his wife, Sherri, and their four daughters: Elizabeth, Kathryn, Rachel, and Margaret. In his free time, Kevin enjoys traveling, exercising, and snow skiing.